We conserved this memorial in 2003 and have carried out annual maintenance and ongoing repairs, as required, since that time. 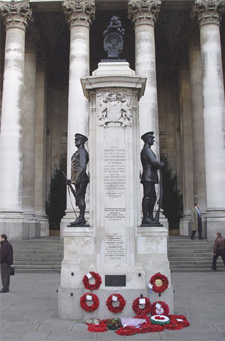 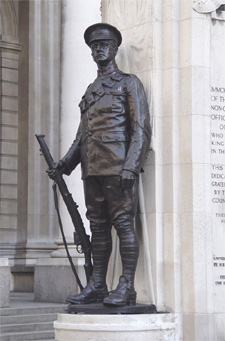 Erected 1920, this Portland stone memorial column is dedicated to the men of the London regiments who fell in the 1914-1919 and 1939-1945 wars. On the buttress plinths to either side of the main column are two standing, life-size Infantry figures in bronze.

The conservation began with high pressure steam cleaning of the bronze elements and the area of heavy staining on the column, followed by low pressure water washing of the remainder of the stonework. Great care was taken not to disturb or damage the lead lettering. Localised repatination was then carried out to unify the colour of all bronze elements to a dark brown/black. 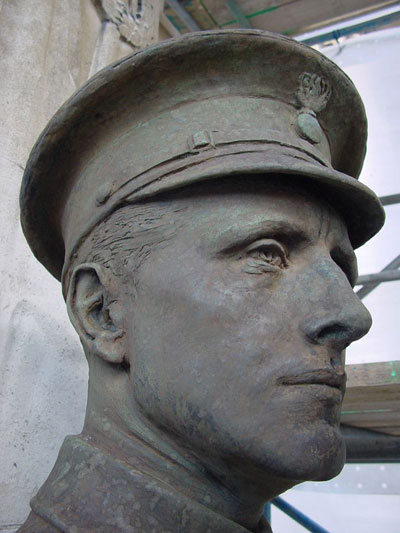 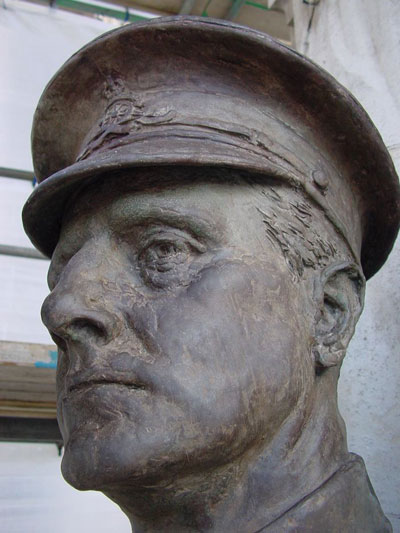 We now maintain the memorial annually and assist with the wreath laying ceremony. 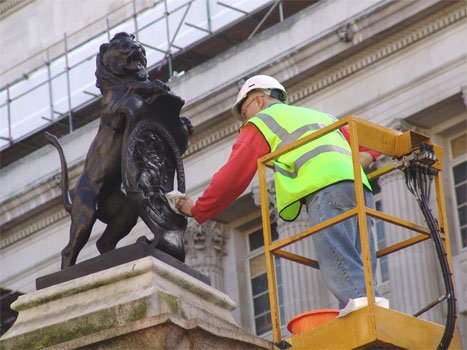 Alfred Drury (1859-1944) was a key artist of the New Sculpture movement. He was born in London, and studied first in Oxford, and then at the National Art Training School, South Kensington. He was there when the French sculptor Dalou came to teach there, and went with him back to Paris to work in his studio for some four years. Later that year, he returned to London, where he was an assistant to J. E. Boehm. He became a full Academician in 1913. In his subject matter, Drury produced good masculine portraits, and had a speciality in children, as ideal portraits and cherubic pieces, also introducing them in allegorical compositions. In London, his three major works are sculpture on the Old War Office in Whitehall and the front of the V&A, and the four huge figures on the downstream side of Vauxhall Bridge, all featuring characteristic allegorical women, his favourite subject.