Under contract to the City of London, we regularly maintain over 80 public sculptures, fountains and plaques including this memorial to the original location of the Temple Bar.  We also undertook full conservation of this memorial in 2002. 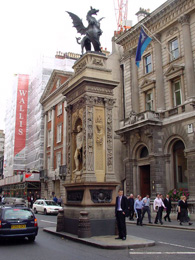 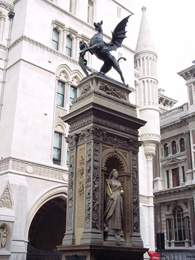 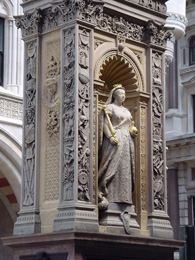 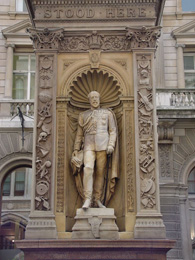 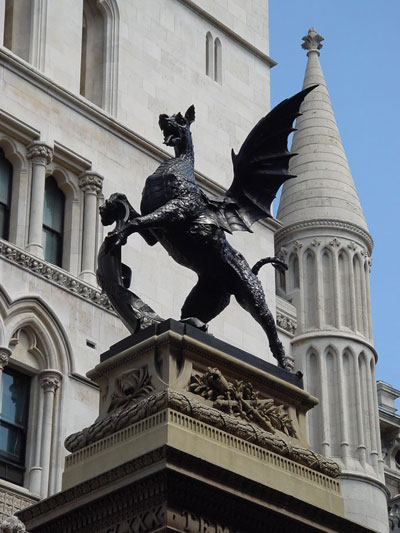 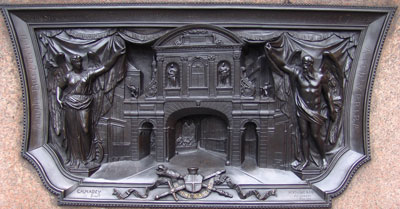 *Sir Joseph Edgar Boehm, Bart. (1834-1890) was born in Vienna, but educated in England. In 1856 he was presented with the Austrian Imperial Prize for Sculpture, the start of his distinguished career. He came to live in England in 1862, was granted citizenship in 1865, became a member of the ARA in 1878, and was elected to the Royal Academy in 1882. A speciality of his was the portrait bust, many examples of which are in the National Portrait Gallery. During his career he was commissioned frequently by the Royal Family and members of the aristocracy to sculpt for their parks and gardens. His most important works include 'St George and the Dragon' and this sculpture of Sir Francis Drake. He was perhaps best known for the head of Queen Victoria on coinage, and the statue of the Duke of Wellington at Hyde Park Corner. Also, in St Paul's Cathedral is his memorial statue to General Charles George Gordon. His most famous pupil was the Princess Louise, Duchess of Argyll, daughter of Queen Victoria. Gossip at the time hinted that the two were lovers, but this remains unproven.