Client: The Palace of Westminster Collection 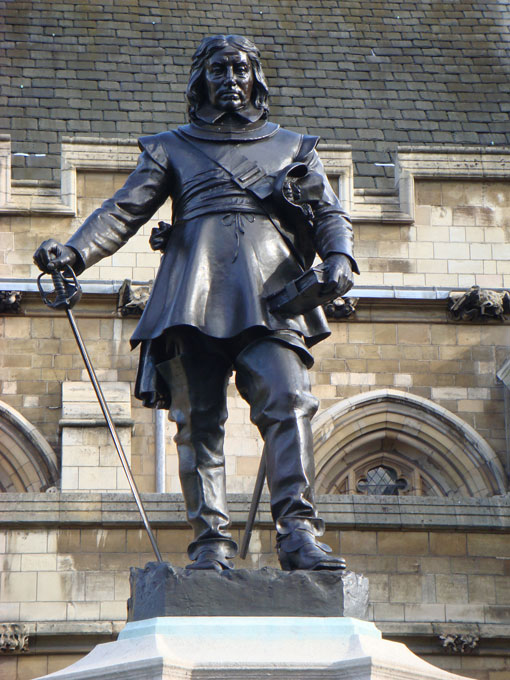 The bronze was cast by J.W. Singer and Sons, of Frome and London, and was erected in 1899.

The pedestal stands on a wide platform plinth upon which lies a cast bronze lion across the front of the plinth. The four corners of the plinth are topped with semi-circular foliate capping stones.

Prior to conservation, both the figure of Cromwell and the lion had heavy coatings of lanolin based, black pigmented wax, overlaying a naturally formed green corrosion patina. 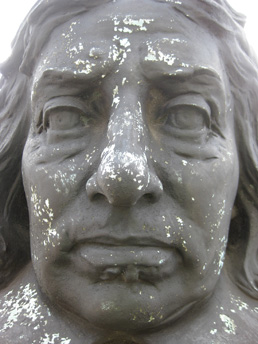 At the time of inspection, no evidence of the original patina could be found but it was assumed likely to have had a dark brown patina originally. Surface dirt, carbon deposits and bird guano deposits were found over the wax layers. There were no evident structural faults on either of the bronzes. The natural green patina was in the majority stable, however in the undercut and recessed detail there were areas of active pitting corrosion visible in the form of light green powdery pustules. These were forming pits in the bronze surface.The limestone plinth was in fair condition with little structural damage. However, slight subsidence had opened some joints on the upper section of the lower main plinth around the corner stones and their decorated capping stones. 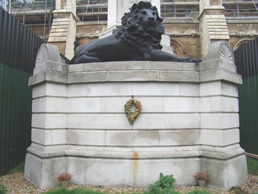 The main damage was confined to the breakdown of the mortar joints where approximately 25 metres of pointing repairs were required, with mortar infill repairs being required on many chipped stone block edges. Surface dirt was found on most of the stonework with darker sulphation areas present on the upper pedestal section of the plinth. The conservation began with cleaning the surface of the bronze figure of Cromwell, the lion and the limestone plinth using the DOFF high pressure steam system. 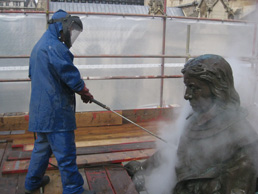 This removed the surface dirt, carbon deposits, bird guano and the black pigmented, lanolin-based wax and revealed areas of the original surface patina beneath. 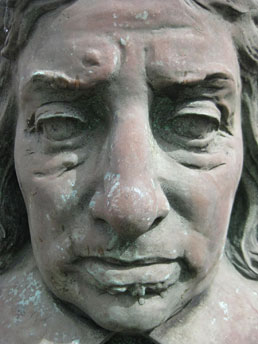 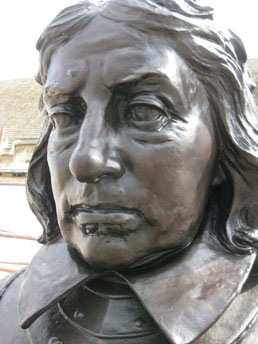 Areas of active surface corrosion and pitting on the underside of the bronze were treated by hand using soft wire brushes and bronze wire wool. Areas of naturally-formed, green patina were over patinated using traditional techniques and materials, to match the areas of brown original patina revealed in the cleaning process. 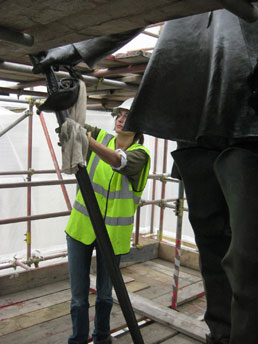 The surface was then waxed with three coats of clear microcrystalline wax, applied to the warmed surface of the bronze. The wax was buffed between coats to a soft sheen. The limestone plinth once cleaned revealed some remaining embedded sulphation and green staining. This was disguised using a light shelter coat of lime.

The failed mortar joints in the plinth were chipped out to remove all loose old mortar and repairs were carried out using colour-matched lime mortar. The black lettering on the side of the pedestal was selectively repainted where the old paint had failed. 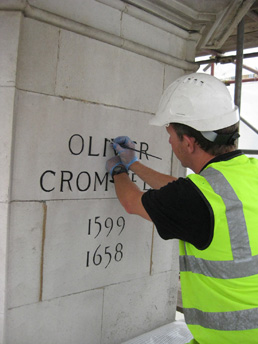 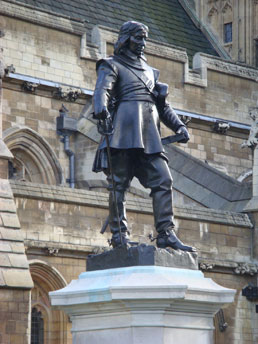 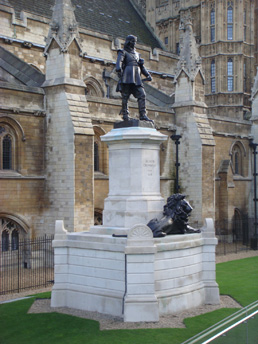 The sculptor, Sir William Hamo Thornycroft (1850-1925) was born the son of Thomas and Mary Thornycroft, who were both sculptors. He was determined to become a sculptor himself, and although his father opposed this at first, William eventually started his training in the family studio. In 1869 he enrolled at the Royal Academy Schools, London, and in 1875 won a Royal Academy gold medal for 'A Warrior Bearing a Wounded Youth from the Field of Battle', which can be seen in Leighton House, London. Hamo Thornycroft became one of the leading exponents of 'The New Sculpture' but from the 1890's became more preoccupied with public monuments. Other statues by Thornycroft include the memorial to William Gladstone in Aldwych, London and the statue of King Alfred in Winchester.