THE RAPE OF PROSERPINA

Client: The National Trust, and the Victoria and Albert Museum

This important, over life-size, Renaissance bronze, the only example of this size in this country, was brought from Italy to England by the 1st Viscount Astor in 1896 and placed on the parterre at the end of the formal garden at Cliveden. In the early 1990s, the National Trust took the decision to remove the bronze from its outdoor location due to its extreme rarity and consequent high value, and replace it with a bronze replica. 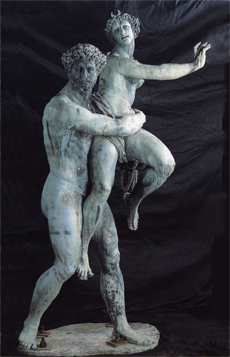 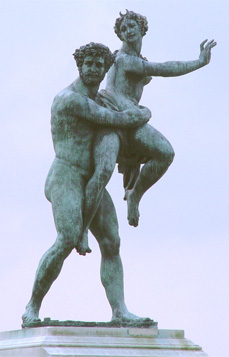 The original sculpture, before conservation  The replica, eight years after installation

We were commissioned jointly by the Victoria and Albert Museum and the National Trust to remove the sculpture to the studio for conservation, and at the same time mould and cast a replica in bronze for the parterre at Cliveden. We made a silicon rubber mould with a bolted, fibreglass casing and cast the new sculpture in bronze using the lost wax method. A curatorial decision was made to also replicate the advanced natural patina of the original sculpture as it had appeared before removal from Cliveden, though without the disfiguring black marks which can make the sculptural form difficult to read. The natural patina was also retained on the original sculpture, which is now displayed in the Victoria and Albert Museum's sculpture gallery. 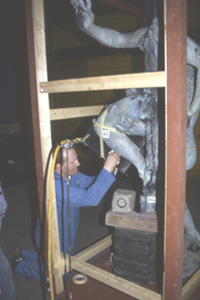 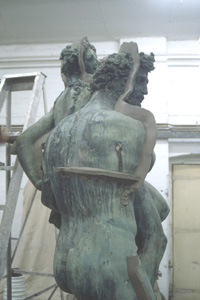 Above left: Firstly, X-Rays were taken of various points of the original sculpture to gain knowledge of the modelling, construction and casting methods used.

Above right: The mould-making began with the building of clay boundaries for each piece of the mould. 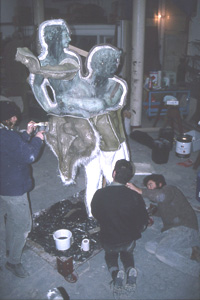 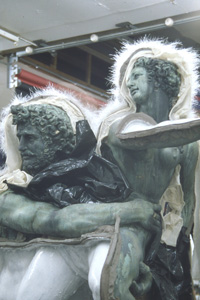 Above left:  A piece mould was made, comprising of eighteen sections constructed from silicon rubber and a fibreglass mould jacket.

Above right: A detail of the mould showing the clay walls, white silicon rubber and the untrimmed fibreglass on the back of the sculpture. 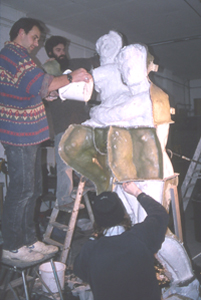 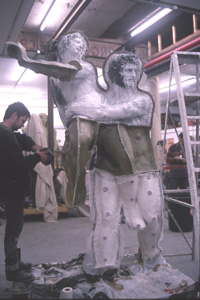 Above left:  The silicon rubber moulding material being applied.

Above right: The rigid fibreglass casing being built over the silicon rubber. 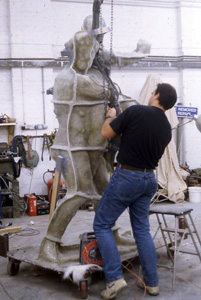 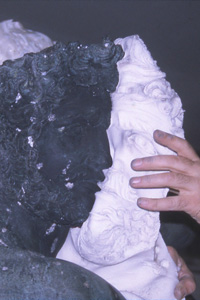 Above left: The completed mould. Each section is bolted together.

Above right: Each piece was then carefully removed and taken to the foundry for casting in bronze by the lost wax process. 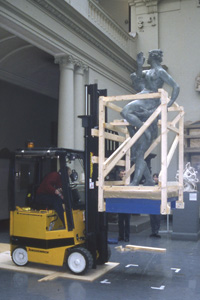 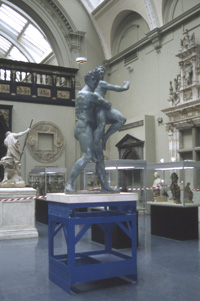 Above left: Following completion of the conservation, the original sculpture was installed in the Victoria and Albert Museum sculpture galleries.

Above right: We designed and fabricated a structural steel base, counterbalanced to provide absolute stability. We then clad the structural base with a timber plinth. 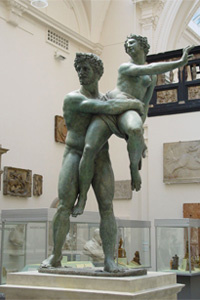 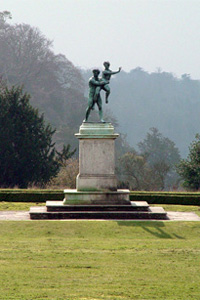 Above left: The original sculpture, now on permanent loan to the Victoria and Albert Museum.

Above right: The finished replica, at Cliveden House. See also the image at the top of this page.