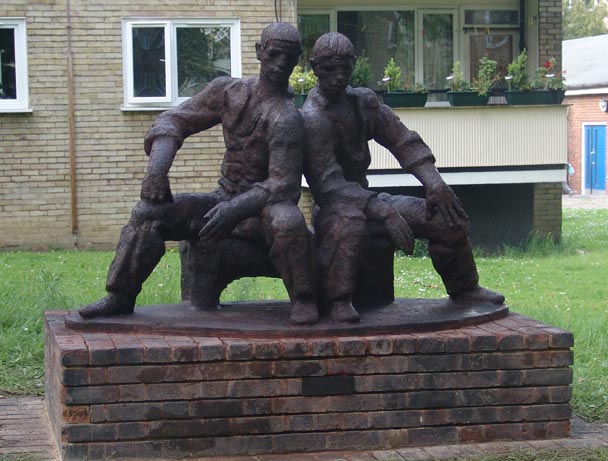 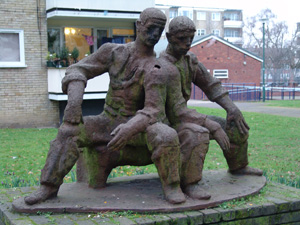 The statue ‘The Neighbours’ (1959) stands in Highbury Quadrant Estate in Islington. The London City Council commissioned it from Charoux as part of their public art programme and it was one of the first works to be displayed on a public housing estate. The sculpture was listed Grade II in 1998 as part of a thematic study by English Heritage of post-war sculpture. 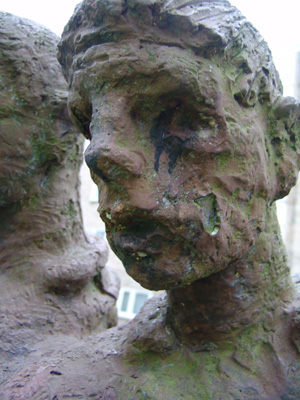 The sculpture is constructed of synthetic resin mixed with various powdered stones to give a faux terracotta appearance to the sculpture. Fibreglass matting added to the resin and a steel armature give the material its structural strength.

The surface of the sculpture had deteriorated over time, mainly from exposure to the elements (in particular sunlight), and the lack of maintenance had enabled green lichen to form on the surface, which had also degraded the surface of the resin. The consequent breakdown in the surface of the synthetic resin had led to holes and cracks appearing, many of which were along seam lines from when the sculpture was first constructed. In addition to these holes and cracks there were many areas of minor surface damage, which along with the build up of lichen and some additional graffiti paint on the faces gave the figures a very tired appearance. 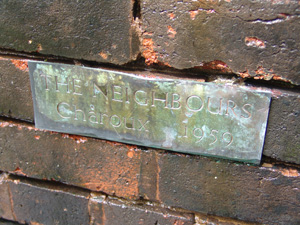 The plinth is a brick construction with a bronze name plaque attached to the front. Moss and lichen had built up on the surface along with a large amount of weeds. This has consequently led to the breakdown in the mortar between the bricks. The bronze name plaque was bent, possibly caused by an attempt to steal it.

We were asked to produce a specification for the required conservation works, and we were subsequently commissioned to carry out the works. The project was jointly commissioned by HFI and Islington Council in response to requests by the local community. The goal of the conservation project was to reduce, as far as reasonably possible, further deterioration of the synthetic resin-based material and to bring the surface condition of the sculpture to a level that is maintainable using simple and gentle processes. 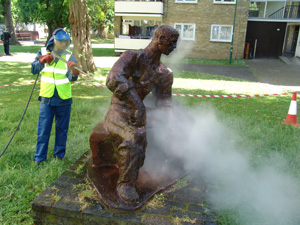 First, cleaning tests were undertaken to set the correct operating pressure and temperature to achieve effective cleaning without damaging the sculpture. We cleaned the surface of the sculpture and plinth using the DOFF steam cleaning process to remove the large quantities of algae, moss and air borne pollutants. 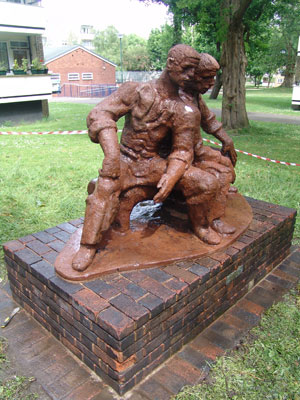 Any paint and graffiti residue not removed by the DOFF system was then selectively removed mechanically. Chemical paint removers were not used, as they are generally not compatible with polyester resins. We then allowed the sculpture and plinth to dry, before carrying out repairs. 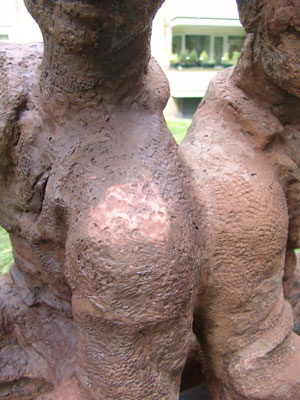 A hole in the shoulder and larger cracks were consolidated with polyester resin, back-filled with fibreglass matting or a glassfibre bridging compound to give structural strength. These repairs were set least 5mm below the top surface of the sculpture to allow for fine finishing. Fine finish repairs were then carried out and small cracks were then treated using polyester resins and inert fillers tinted with compatible pigments to match the original sculpture surface and colour. Match tests were carried out prior to repair to allow for changes in colour during the curing process. 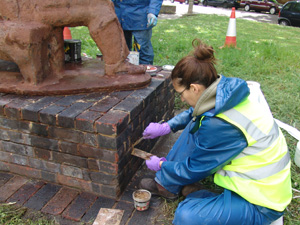 Failed mortar joints between the bricks were raked out and re-pointed with colour-matched lime mortar. The bronze plaque from the front of the plinth was removed, straightened, repaired and re-fixed to the plinth in a similar manor to the original fixings. 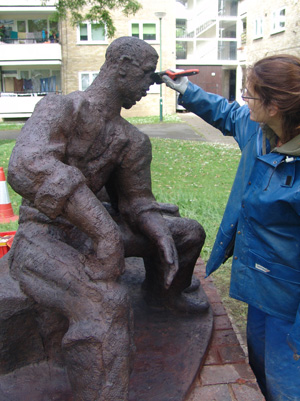 Two protective coats of Renaissance micro-crystalline wax were then applied to the surface of the sculpture using a very fine bristle brush. Areas of streaked wax were worked out during application. 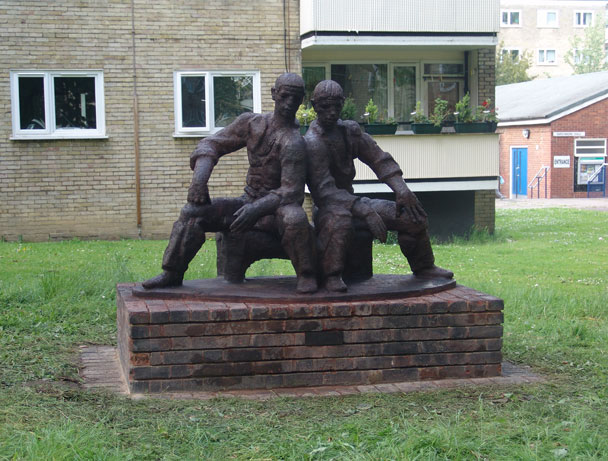 Socialist sculptor and painter Siegfried Charoux (1896-1967), fled to England in 1935 as a political refugee to escape the Nazis. His monument to 18th-century German philosopher Gotthold Ephraïm Lessing, for Vienna’s Judenplatz town square, was destroyed by the Nazis because Lessing was Jewish. Other works were confiscated and melted down. Charoux became a British citizen, and was elected RA in 1956. His works include The Cellist (1958), at the Royal Festival Hall, The Motorcyclist (1962), at the Shell Building on the South Bank, and Judge, outside the Royal Courts of Justice in The Strand.