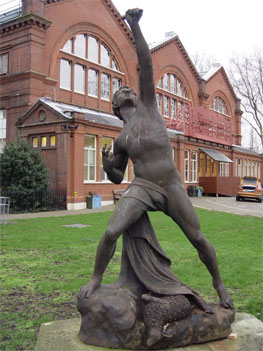 The Eagle Slayer was exhibited by the artist many times in plaster, marble and bronze but this model (cast by the Coalbrookdale Company) became the first and most famous British sculpture to be successfully cast in iron. 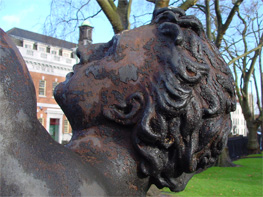 In recent years the protective paint coating on this cast had not been maintained and it had deteriorated to such an extent that most of the sculpture’s iron surface was exposed to the elements and was rusting. Also the bow was missing altogether, as were parts of the base. 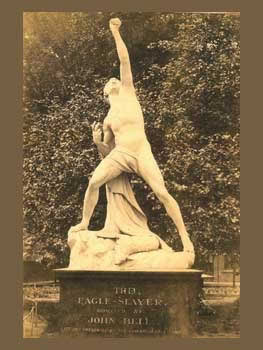 At the studio, paint samples were taken and analysis revealed that the sculpture was originally painted with an off-white paint to resemble marble.

Historical research confirmed that this was likely to be the case. 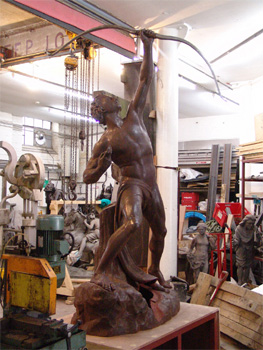 The peeling black paint was removed, the rust treated and the surface cleaned.

A new bow was constructed and fitted. 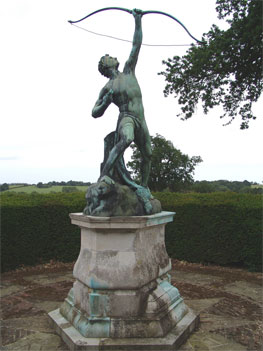 A little known bronze cast of the same sculpture was located in Kent. The owner kindly allowed us to take moulds of the missing elements on the base.

New pieces were cast from these moulds and attached to the sculpture. 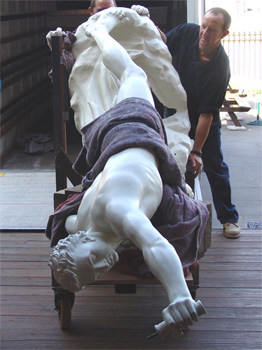 The statue was repainted in its original colour and re-sited inside the National Museum of Childhood on a new plinth. 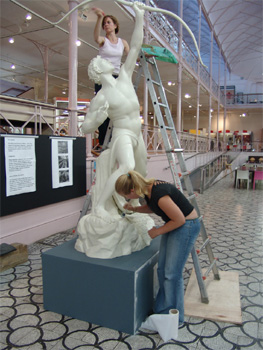 Finally, the paint on the sculpture and the new plinth was retouched where necessary.

John Bell (1812 - 1895) was born in Suffolk, studied art in London and spent the rest of his life there. John Bell's best known work is probably the Crimea Monument to the Brigade of Guards, which stands in Waterloo Place at the lower end of Regent Street.