Under contract to the City of London, we regularly maintain over 80 public sculptures, fountains and plaques.  We conserved this memorial in 2002 and have maintained it annually since then. 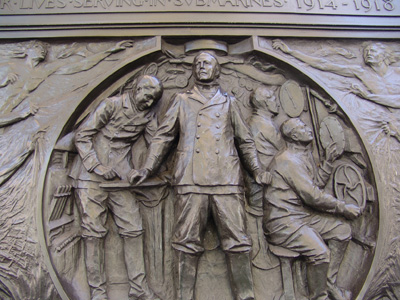 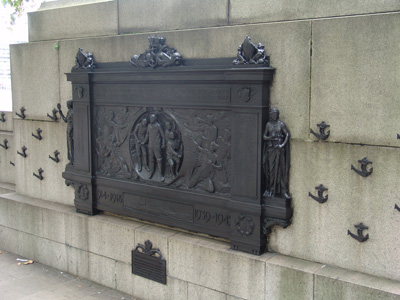 The memorial to the Submariners of both world wars comprises a monumental stepped granite plinth set into the Thames embankment wall, and constructed from large rectangular slabs and blocks of granite on which is mounted a large bas-relief sculptural bronze memorial plaque depicting a cross section of the interior of an early submarine surrounded by sea spirits and fish. This central element is surrounded by an architectural framework decorated with further sculptures and sculptural embellishments. An additional plaque was added below the large plaque in 1992 to commemorate the 70th anniversary of the unveiling of the original memorial. To either side of this central bronze plaque are forty bronze wreath hooks in the form of anchors.

The Architect was A.H. Ryan Tenison, FRIBA, and the original bronzes were cast by Parlanti.