A COLLECTION OF FINE JAPANESE METALWORK FROM THE RUSSELL-COTES MUSEUM

(All photos on this page by HM Photographic and ©The Russell-Cotes Art Gallery and Museum, Bournemouth).

Sir Merton and Lady Russell-Cotes travelled to Australia in 1884, then on to New Zealand, Samoa, Hawaii, Fiji, San Francisco and finally, Japan. Whilst there they amassed a superb collection of Japanese works of art, which can be seen today at the Russell-Cotes Art Gallery and Museum in Bournemouth. In 2003 the museum asked us to conserve a large number of objects for a special exhibition, a selection of which can be seen below.

The craftsmanship displayed in these objects is astonishing. Most were structurally in good condition, however the surfaces of the various objects required careful cleaning. The cleaning revealed detail and beauty which could not be seen previously, though the objects had been on display since 1921. For example, a small pagoda was found to be covered in darkened gold paint. When this was removed, silver, copper and gilt inlay appeared and it was discovered that the pagoda was made from recycled sheets of metal containing impressed Buddhist text. 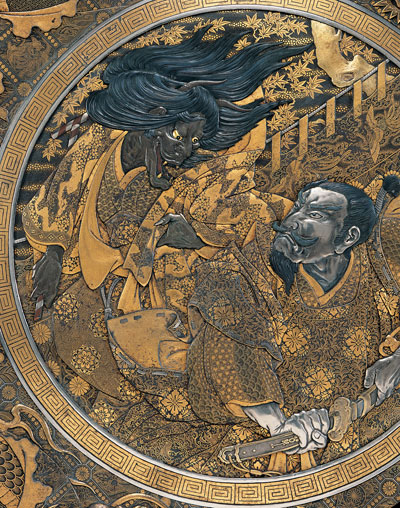 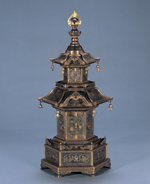 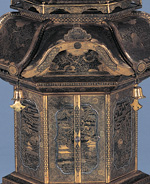 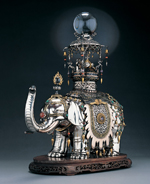 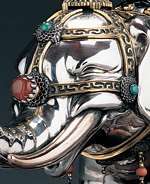 Above: Koro (incense burner) in the form of a silver elephant, by Nakagawa Yoshizane, Meiji Period, late 19th Century 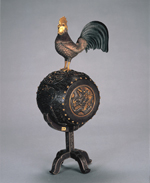 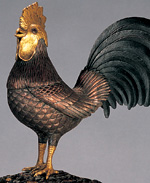 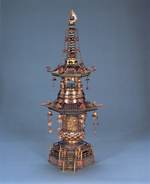 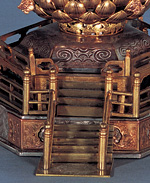 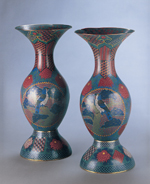 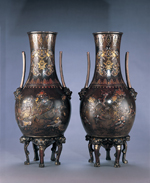 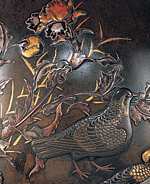 Above: Kozuka (hilts of small knives), Edo and Edo-Meiji Periods

Further info: Link to The Russell-Cotes Art Gallery and Museum